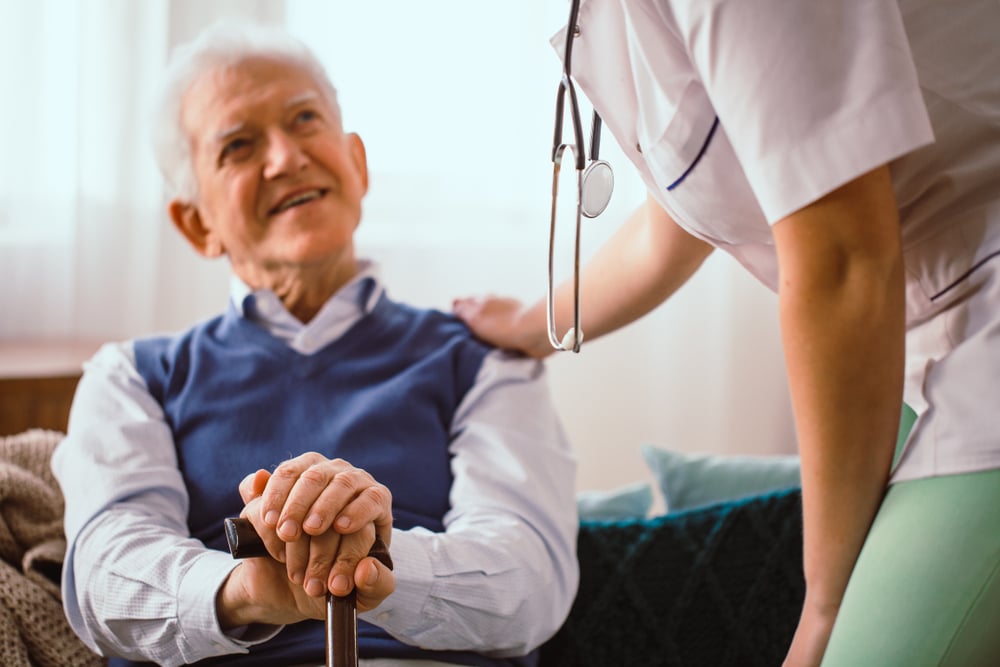 Brain disorders are often life-altering. Parkinson’s disease is a brain disorder that causes patients to have uncontrollable movements. These movements can range from shakiness to stiffness and coordination struggles.

Unlike other brain disorders, signs of Parkinson’s disease are gradual, causing a slow change in behavior and causing depression, memory loss, fatigue, and trouble sleeping. The disease often occurs in the basal ganglia (the part of the brain that controls movement) when nerve cells receive damage.

Although scientists don’t know what causes the death of these neurons, they know enough to determine the signs of Parkinson’s disease and how they worsen as the disease progresses. In many cases, they can spot Parkinson’s disease due to the presence of Lewy bodies, microscopic clumps that give researchers a potential clue about the cause of the disease.

Tremors are one of the most common early signs of Parkinson’s disease. They consist of uncontrollable rhythmic shaking in the fingers, hands, chin, or limbs.

Another type of tremor is pill-rolling, which is when you rub your forefinger or thumb back and forth.

Although tremors can be less noticeable while moving around or performing various tasks, they are apparent while you are at rest. Since tremors are among the first things to appear in patients with Parkinson’s disease, it is essential to seek treatment as soon as you notice it.

2. Loss of Sense of Smell

If you struggle to smell your favorite flowers or certain foods, it could be an early sign of Parkinson’s disease.

A loss of smell is common if you have the flu or a cold, as you will likely have a stuffy nose. However, you should contact a doctor if you can no longer smell things like pickles or bananas.

Slowed movement is a gradual sign of Parkinson’s that can be difficult to detect at first. It occurs over time, slowly impacting your ability to move and perform various tasks.

Slow movements could include:

You may also notice that your arms no longer swing as much while you walk, or your legs feel stiff. Other symptoms include stiffness or pain in the shoulders and hips.

4. Changes in Speech and Handwriting

Other early signs of Parkinson’s disease include changes in speech and handwriting.

If you have onset Parkinsons, you may experience softer, slurred, or quicker speech. You may also have a more monotoned voice or display different speech patterns.

In addition, many people with Parkinson’s disease will have handwriting changes. In most cases, handwriting becomes smaller or more crowded. This symptom has a particular name: micrographia.

Parkinson’s disease can cause trouble sleeping. This can mean rolling around in bed or acting out dreams while being sound asleep.

If you have a spouse, they will likely notice it before you do since you could also have sudden movements. If you struggle to sleep or start thrashing around in bed, schedule an appointment with a neurologist to receive a diagnosis.

Do you feel dizzy when you go from sitting down to standing up? Do you feel faint when moving around or standing?

Dizziness often indicates low pressure. Similarly, people prone to fainting, whether randomly or while standing up, can also have low blood pressure. The issues often link to Parkinson’s disease.

Determining whether poor posture is an early sign of Parkinson’s disease is challenging because it can also indicate other issues. For example, hunching or slouching can result from a recent injury or illness. In addition, bone problems can cause hunching.

If you typically have good posture and notice that you are leaning or hunched more often than before, contact a doctor to rule out possible health conditions and determine a treatment plan. A neurologist will examine your medical history and current symptoms to determine a diagnosis.

Parkinson’s disease can cause more than the symptoms mentioned above. It can also lead to depression, urinary problems, constipation, trouble swallowing, and problematic skin. In addition, symptoms of Parkinson’s disease are similar to that of numerous other conditions, making it even more difficult to diagnose.

However, knowing how to identify the early signs of Parkinson’s disease can help you get the treatment you need before it worsens.

If you are looking for a “neurologist specializing in Parkinson’s near me,” you have come to the right place.

The neurologists at Neuro Injury Care Institute understand how delicate this situation can be and strive to help every patient receive the care they need.

Whether you have a current Parkinson’s disease diagnosis or suspect you may have it, our team of dedicated professionals can help. We always put our patients first by providing free neurologic evaluations for injured patients and taking the time to listen to your concerns.

Do you struggle with neurological disorders? Are you experiencing symptoms and are unsure where to go for help?

We understand how frustrating it can be to find a reliable doctor that strives to discover the root of the problem rather than quickly addressing the symptoms. By offering comprehensive exams and taking the time to answer your questions, our neurologists can provide exceptional care and peace of mind.

Our goal is to make you feel like family. We want you to be comfortable coming to us with your concerns and trusting us to provide the best treatment option.

Want to know more about the signs of Parkinson’s disease and possible treatment options? Get the neurological care you need by contacting the team at Neuro Injury Care Institute in New York.

Book an appointment with a neurologist for Parkinson’s Disease!

Everything You Need to Know About Trigger Point Injections

Signs and Symptoms of ADHD in Children

Suspecting a Chronic Migraine? Here’s What You Should Know

Reasons to See a Neurologist in Brooklyn After a Car Accident

Dr. Malhotra, a top neurologist in NYC, is the founder of the Brain Health Center and the Neuro Injury Care Institute.